Elena Galitsyna was born in the Polesye region of Belarus. Since her childhood, she’s been up to arts and all kinds of creative work. When Elena turned 16 the beautiful and engaging girl was noticed by a modeling agency. Elena received a job offer and started working as a model, participating in photo sessions and fashion shows all around the world. At the same time, she made a shot at a TV show hosting and got a deserved award as the best TV a host of the year in the Vitebsk region. She also played some different roles in the Theatre of Folk Actor led by Galina Mokrova.

As a part of the TV channel “RTR” crew, Elena moved to Minsk and soon after that, she went to Moscow. There she joined two universities at the same time – Moscow State University of Technology and Management and the Television School of Ostankino. Simultaneously, Elena took a course in acting. Her mentors were the laureate of state prize Elena Borzova and Honoured Artists Dina Grigorieva and Oleg Marusev. Elena started appearing in movies and music videos of such well-known singers as Bosson and Sergey Zverev. Besides, she kept on hosting TV shows and tried herself as a singer. Later Elena moved to London and began living a complicated but very action-packed life of a citizen of two capitals. 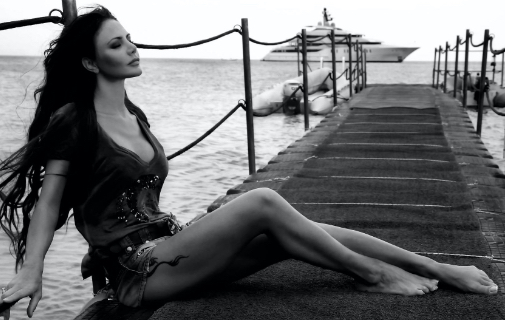 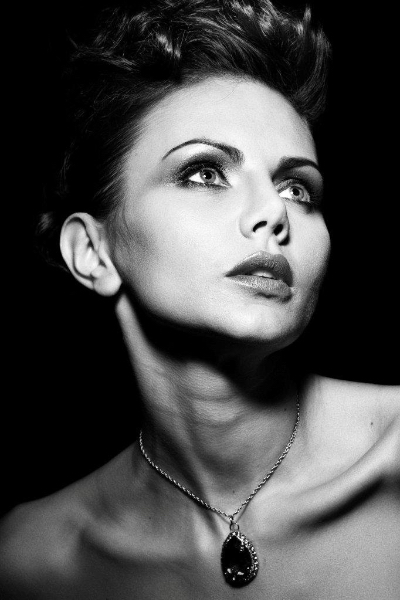 Elena got acquainted with many top fashion designers. And their friendship is still lasting.
For example, one of Elena’s friends, a world-known designer Jean-Claude Jitrois (who created a unique stretching leather), in 2017 held his very first in many years fashion show in Paris. And after that outstanding performance during the dinner party devoted to Elena Galitsyna Jean-Claude declared that it was Elena who inspired him to organize that fashion show. In London, Elena continued her modeling career. And in Moscow, she opened her photo studio which became the place where Elena spent all her spare time mastering her new hobby, art photography.

Later on, the hobby turned into Elena’s favorite profession and her amateur photo studio turned into the professional “Photo Studio of Elena Galitsyna”. The first Elena’s big project was created there. It was a poetic photo book in two languages for kids dreaming of a pet and for their parents who couldn’t yet make their minds to get the pet. Elena Galitsyna worked out her own style and got into Russian celebrity portraiture. Her works started appearing on magazines’ covers and pages, music albums covers and posters. åNow Elena is working on her second book and on a big photo project which is meant to be a new big step in her eventful life.